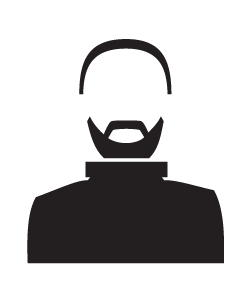 After driving an older, damaged car for years, it occurred to me that I needed to do what I could to find a better vehicle. I started going through and seeing what I could afford, and I was able to find an amazing deal on a vehicle that was close to my home. I went in to test drive the cars, and they were really amazing to work with. Within a few hours, I was able to drive away in a new car, and I felt great about the progress that I had made. I wanted to start a blog all about repairing or buying a new car, so that you can prevent problems.

Transmission problems can occur at any time, but a …

Read More
Taking Care of a Duramax Diesel Engine: Issues to Watch out For
25 November 2019

The Duramax diesel engine is often chosen because …

Dirty spark plugs can't function as well as they d …

The windshield is part of the safety system of the …

Changing the oil in your engine is one of the most …

Turning your car over to a buyer in a private sale is about much more than just the exchange of money. There are some legalities to the interaction that must be accounted for because failing to do so could have stiff repercussions that you would much rather avoid. Because your vehicle is likely titled in your name, it's important for you to make sure that you transfer the title over to the buyer immediately. Learn more about why you need to make title transfer a top priority anytime you are selling an automobile.

Although some people only look at the pride that comes with owning a car, they must also remember that there are serious responsibilities that come with ownership as well. Being named as the owner on the title of a car means that you are responsible for what happens with that same vehicle. This is a vital point and one that you must pay close attention to.

A good example of this would be if you were to sell your car to another person without transferring the title over to their name. For example, shortly after purchase, the buyer gets into an accident with another motorist. During the reporting process with the police officer, the person submits the title to the car and says that they were driving it with your permission. Because you are still listed as the owner of the vehicle, you could potentially be on the hook to cover the damages. Ponder this scenario for just a few moments, and you should be able to see why that title needs to be transferred even before you surrender the keys!

You Could Be Fined If You Don't Transfer The Title

Some states have started to levy very severe punishments against people who don't transfer the car title into the name of the person buying the vehicle. Courts can be tied up for months on end with cases where the people involved need to prove that they no longer own the vehicle. In order to offset the court costs, some states now charge the owner of the vehicle stiff fees that must be paid or harsher penalties could apply.

The moral of the story is this: transfer the title over to the person who is buying your car before completing the sale. You'll have peace of mind going forward because you know that you are no longer responsible for what happens with the vehicle. Learn more from a company that offers car title transfer services.